The King's Jaunt: The Visit of George IV

by Gordon Nicolson August 30, 2022
The King's Kilted Jaunt and its Everlasting Impact.
The visit of George IV in 1822 will forever be a turning point in the story of kilts and tartan. The lead up to this event saw tartan commissioned on a never before seen scale, the words of Sir Walter Scott echoed through the nation and a thirst for all things Scottish thrived. So how did the King's Jaunt impact the world of kilts and tartan and to what extent are we still benefiting from a 200 year old event today? 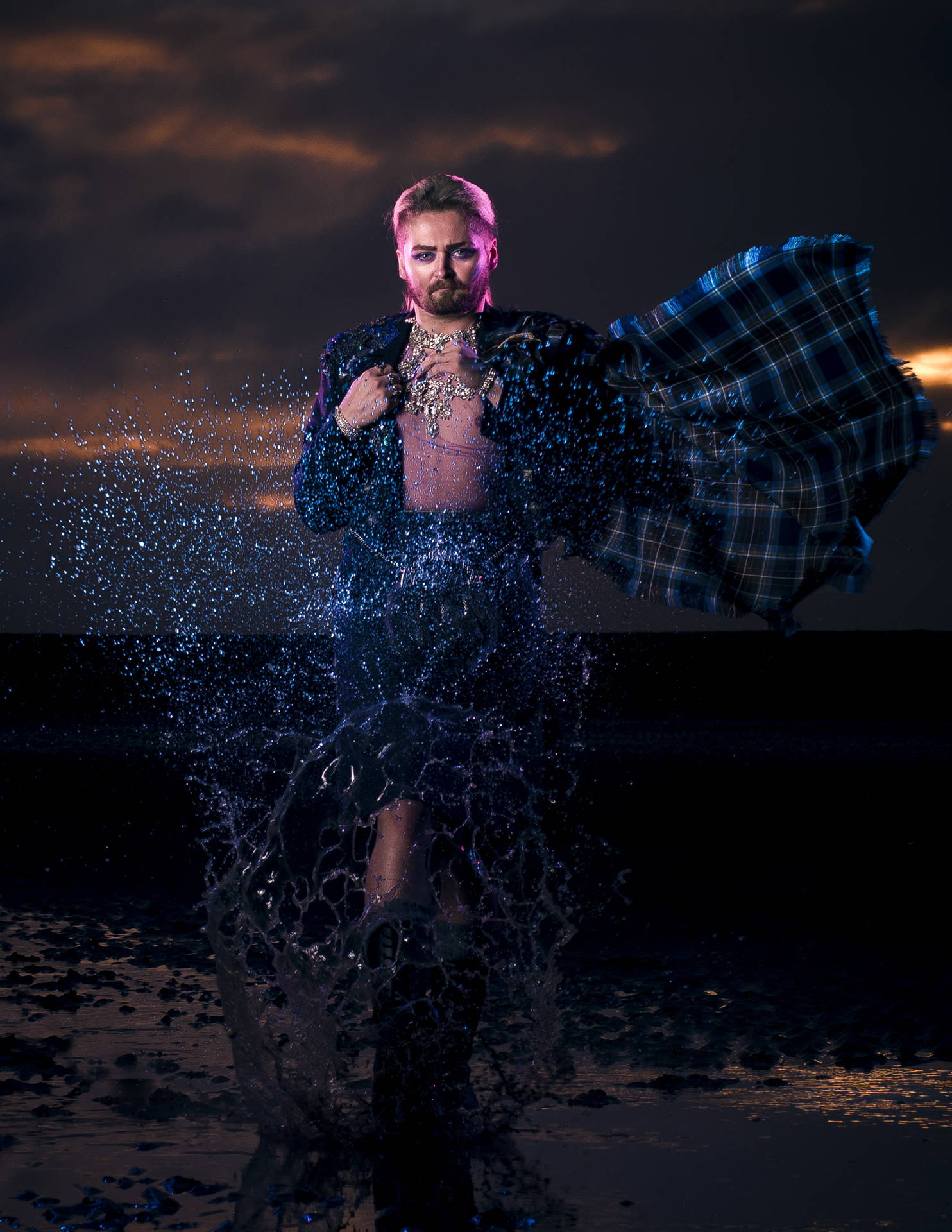 Feelings and emotions were running high – unrest and upset after the tumultuous decades of Jacobite rebellion and lowland/highland divides were strongly felt.
Culloden played a significant part in the story of kilts and tartan – the 45 marked kilts becoming a symbol of hope for some but rebellion for others – this perception would last decades.
Following the Jacobites defeat at Culloden the Dress Act was passed into law in August 1746 – this outlawed the wearing of tartan and kilts to men in the highlands (defined by the Highland fault line) of fighting age who were not part of a highland military regiment. The Act excluded women, nobility, soldiers and boys. Tartan was not banned in the sense that absolutely no highlander could wear it and this word has been a divisive issue in regards to this topic. Highlanders were threatened with fines, imprisonment, transportation to the colonies if they were caught in their tartans. It was during the 37 year period of the Dress Act, that tartan…began to thrive in a whole new way…

How did the King's visit come about?

No ruling monarch set foot in Scotland since Charles I Scottish coronation on the 18th June 1633, our crown jewels becoming just a symbol of a monarch in the Scottish parliament until the Act of Union in 1707 lead to our last momento of a King of Scot’s being locked away and forgotten…more on this later.
Jacobites had tried and failed to restore a Stuart to the throne of Great Britain but still, no ruling monarch had come.
By 1822, It was high time to bring Scotland back into the fold of a United Kingdom, forget the past, embrace the countries attributes and beauty and come together finally, under one king.

Scott - Edinburgh lawyer and a storyteller – the most popular author of his time and responsible for changing the perception of the world on Scotland forever – no longer a place of rebellion but beauty, romance and page-turning drama. His storytelling lead him to royalty.
On 4th February 1817 Scott, as decreed by George IV, got to work finding the lost Honours of Scotland, those crown jewels I mentioned earlier – low and behold they were found in a box in Edinburgh Castle and as a result Scott was made a Baron. This moment was a pre-cursor for the great pageant that was to follow – finally, a ruling king would come to Scotland.
Scott convinced George of his Clan Stewart roots…(quick family history – Elizabeth Stuart daughter of king James VI and I married Edward V Elector of Palatine and it’s here the connection emerges. The lines of succession in each family continue, they are distant cousins tied together by one common ancestor – James Stuart the VI, and upon the death of Anne of Great Britain, the last Stuart monarch, the protestant House of Hanover from what is now Germany take to the British throne over the claim of the Catholic Stuart’s exiled in Europe).
Scott was the man of the moment and truly the only Scot who could put together such a spectacle – he was a patriotic unionist after all, an upholder of Scottish traditions which is what he felt the king and the people were looking to see again. The King himself was a huge fan of his books, and if we fast forward in time for a moment…he was a friend to Scott as well, offering him money when the author fell deeply into debt during a financial crash in 1825…Scott refused his help, instead attempting to write himself out of debt instead.
But back to the visit....

Throughout the Dress Act Wilson’s had been weaving tartan – still worn by highland regiments, used in interiors and fashion, they were situated south of the highland fault line unaffected by any issues surrounding the Dress Act until it was revoked in 1782. Tartan was becoming what we would recognise today and the clan system of tartans was emerging in an organised manner – family names associated with particular setts.
Scott invited the clan chiefs to the pageant in Edinburgh to be thrown for George IV and advised they wear full highland regalia, don their tartans and feileadh mor’s – Scott himself, a lowlander acknowledged these roots and wore a simple Shepherd’s plaid while the clan chiefs made attempts to go all out.
Tartans were previously fairly random and more rooted in district in regards to their uniformity rather than deeply related to clan, they’d even wear more than one sett at a time – with no real records, perhaps some illustrations or some had pre-Culloden fragments some based their clan setts on this…others allowed Wilson’s to design or choose from a piece they had already produced for them to call their own.
Time and developments marched on in the field of textiles - Wilson’s had moved away from purely natural dyes and had the ability and chemicals to produce deep colours we would refer to as Modern colours today…later Ancient colours were added trying to replicate the tones of natural dyes, hunting and dress colours would join the party in the Victorian era, weathered tartans would emerge too (very popular among young gents today) and muted colours would later be developed, now thought to most truly represent the tones that may have been present on Culloden moor in 1746. 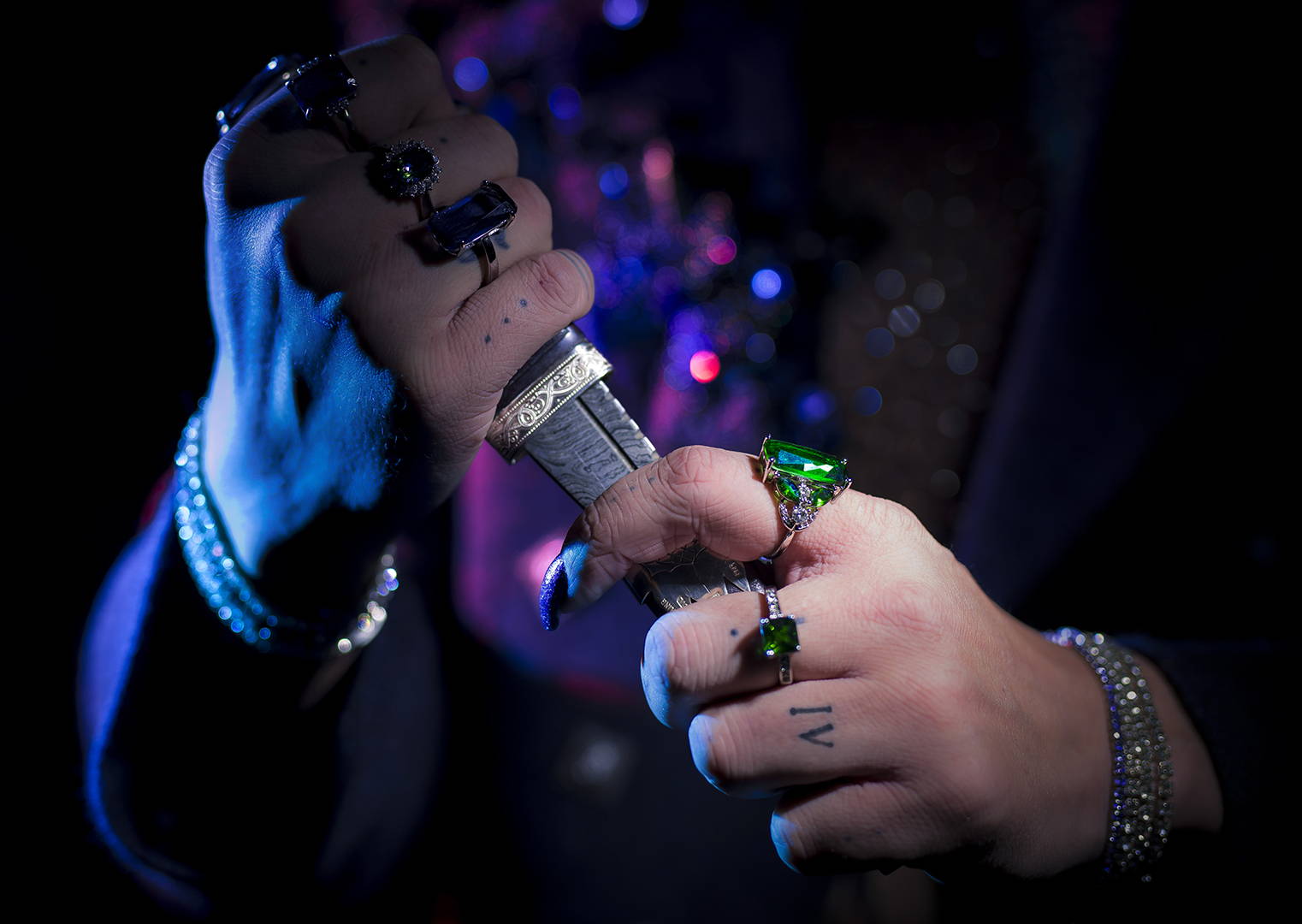 As mentioned, the colours of tartan developed further, the victorian’s wanted a tartan for every occasion, from shooting to parties to funerals.
Queen Victoria and Prince Albert, both fans of Scott’s work, purchased Balmoral and created their Royal Highland haven, still important to our Queen today.
Prince Albert even tried his hand at Gaelic.
Their children donned the Stewart tartans and in her later years, the Queen found great friendship in Scotland with Balmoral Ghillie, John Brown often depicted in his kilt.

The kilt took great strides in this time too :

The tailored kilt wasn’t new and like most things in the story of kilts and tartan, there’s much umming and arring, agreement and disagreement over where the kilt began – I love the uncertainty and debate around it all, what more could we expect from a nation of fierce storytellers talking about something deeply rooted in family, divisive history, our common heritage and legend. The development of the kilt is a whole other topic, but in short here we are:
- The feileadh mor was the great belted plaid worn iconicly by the highlanders as we would think of them historically. No sewn pleats and around 5 yards of double width cloth, sewn together up the middle in many cases to form a big square-ish. Although it’s thought they would pleat this up and lie on the floor to flap it around themselves and off they went…there is another theory whereby belt loops were sewn inside the cloth and a string or belt pulled through the form the pleats in an almost drawstring fashion. It was a cumbersome garment but did the job when it came to shelter and camouflage.
- The feileadh beag or small kilt is an issue of contention for some. Thomas Rawlinson, a Quaker from Lancashire has been hailed as its inventor – wanting a more manageable, safer garment for his workers to wear in charcoal production and iron smelting. Between Rawlinson and his associate Iain MacDonnell the small kilt was born around 1720….however, let’s keep an open mind here and it’s worth saying there is much suggestion, gathered from surviving illustrations for example, that the feileadh beag with unsewn pleats pre-dates this story being from around from 1690 – let’s keep both of these alive, both have merit in this uncertain story I think.
- So where did the pleats I hand sew for hours and hours at a time come from? Likely as a result of military tailoring developing a garment to be of better and easier use to the regimental soldiers.
- And, by the Victorian era, they were wearing tailored kilts that we would recognise as a kilt we could purchase today.
- And they continue to develop…

Kilts remained a staple of the highland regiments uniform into the trenches of WWI – my own Great-Grandfather, an Argyll and Sutherland highlander, crossed enemy lines wearing his kilt. A story of his has been passed down through my family “you never came home in the kilt you left in” Private James Wilkinson would say…you can imagine what that means.
Following the evacuation of Dunkirk in the second World War, the kilt was removed has standard uniform for fighting Scottish soldiers, deemed too unsafe for modern warfare – my own Grandfather was one of these soldiers this change encountered. Of course, our kilts are our kilts, the ladies from hell, the kilted soliders would be hard to suppress! My father was taught pibroch pipe music by a former WWII soldier who parachuted into Italy, regardless of the new uniform rules, in his kilt – what a sight to behold.
And we must mention Bill Millen, personal piper to Simon Fraser, 15th Lord Lovat, who continued to play his pipes while under fire during the D-Day landings – my Grandfather was also there at the time. The German’s stopped shooting…believing he had gone totally mad. Bill was the only man to wear a kilt on the beach that day, the same Cameron kilt his father had worn in Flanders during WWI.
This family connection that exists within kilts, through then clan heritage, across battlefields even into recent memory is an aspect of this garment that I love dearly.