Uniform: From Culloden to the Trenches

The kilt has been present at some of the most devastating events in Scottish, British and World history. It has been a symbol of togetherness and hope to some, while a symbol of rebellion to others. Depending on which side of the fence you sit on, the kilt has marked either the enemy or the ally simply by being the uniform of solider's across centuries and generations. 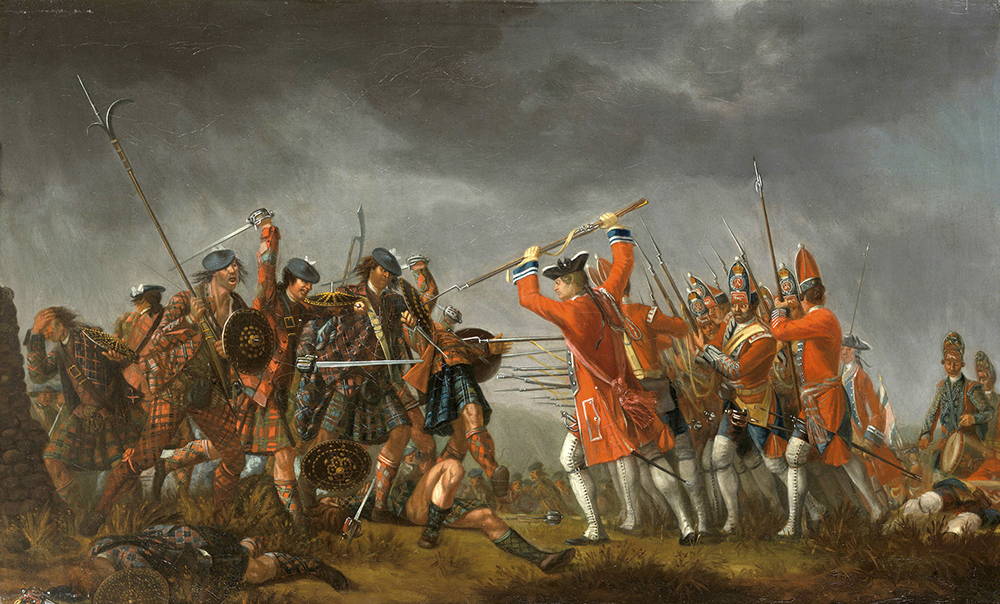 Let's travel back in time, to 1745 and the final Jacobite Rising. Bonnie Prince Charlie arrived in Scotland, with the purpose of uniting the warring clans as one army, with one common cause - to restore a Catholic Stuart to the throne of Britain and take back their rights and land currently occupied by the Hanoverian Kings army, tasked with keeping the unruly Scots under control following previous failed uprisings.

Charles Edward Stuart was, for the most part, successful. He did unite the kilted Highland clans and bring them together under a common goal. The Prince himself dressed in tartan and kilts throughout his time in Scotland, a show of solidarity with his father's ever loyal subjects. The kilt, became a symbol of hope and a better future for Scotland's people for some...but equally, a symbol of rebellion and treason to those on the Government side. Either way, the Great Kilt or Feileadh Mor was the uniform of the Jacobite soldier.

Following defeat at Culloden on the 16th of April 1746, the defeated Jacobites watched as their Highland culture was stripped from them. The wearing of kilts was widely outlawed, the production of tartan out with the Highland Government Regiments ground to all but a halt for 37 years, the Gaelic language banned and the bagpipes silenced. The uniform of the hopeful, brave, common Highlander was taken away, reserved now for only those who served and fought for the British Army. 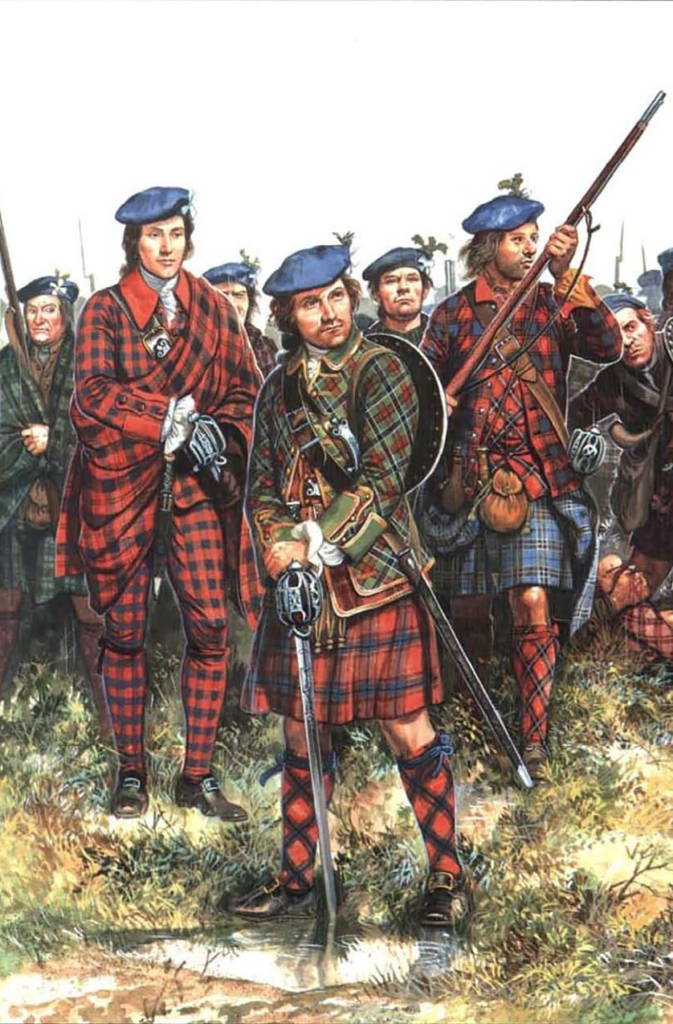 After 37 years restricted by The Dress Act 1746, tartan and kilts began to return. Firstly through the romantic writings of the likes of Walter Scott and the Highland Regiments grew and developed their own traditions and symbols, they grew from Clans themselves. By the mid-1800s Queen Victoria strongly supported the wearing of the kilt as the everyday uniform of her Highland soldiers and Balmoral staff, and even developed the production of tartan using sheep from Saxony to produce a wool much easier for them to wear.

Less than 100 years later, in 1914, the Highland Regiments were called upon to fight for their country, this time in the The Great War, World War I. This would also be the last time that these Regiments would wear their kilts into front line battle. The Argyll & Sutherland Highlanders, the Gordon Highlanders, the Black Watch, the Seaforth Highlanders to name just a few, dawned their heavy kilts and wore them bravely from Scotland to the trenches. 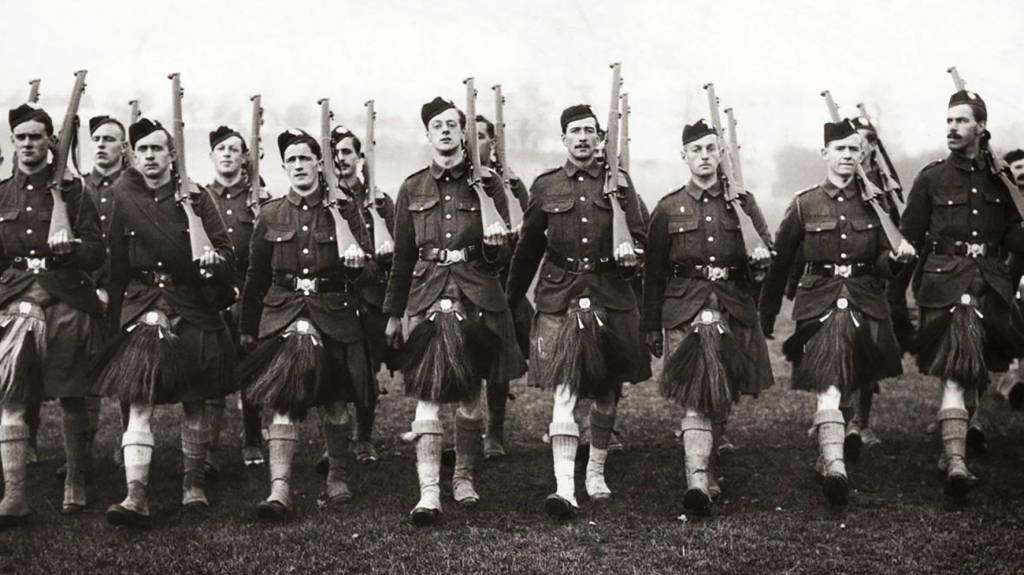 The fleas prayed on the soldiers in their thick wool kilts, making the wearing of this garment extremely itchy and uncomfortable. As their comrades fell...the Highland soldiers would swap kilts with the cold bodies for a bit of relief from the constant biting.

Beyond flea bites, the kilt was a dangerous garment in the cold, wet trenches. As winter fell across Flanders fields the frost set in, freezing the wool which smashed against the soldiers bare legs, cutting them open. The filth of the mud and dirty water in the trenches then caused the cuts to become infected and gangrene set in.

The kilt was never worn on the front line again following WWI, but remains a staple in the ceremonial dress of the Highland Regiments.

Regiments can still be identified by their tartans, even within the Barracks the kilts are still worn day in day out! Another article will focus on the military kilt, exploring the differences between this and a civilian knife pleat kilt. 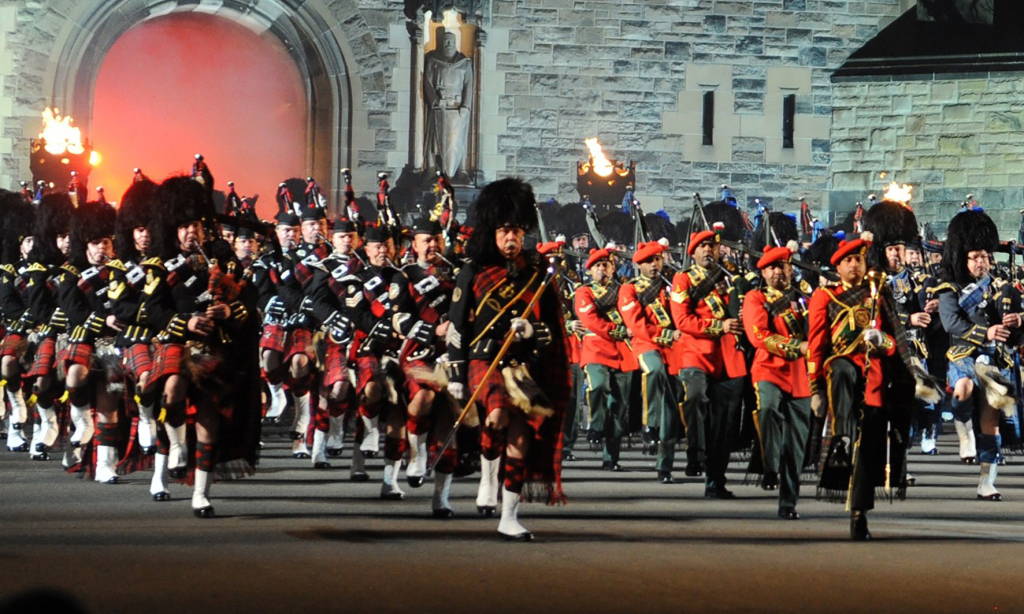 In conclusion, during this time of reflection on Remembrance Sunday - We Will Remember Them.