Flodden: From Battlefield to Tartan

by Gordon Nicolson September 10, 2021
On the 9th of September 1513, the Scots and English armies met in battle on Flodden Moor, Northumberland…a battle that caused such devastation it is still commemorated to this day. 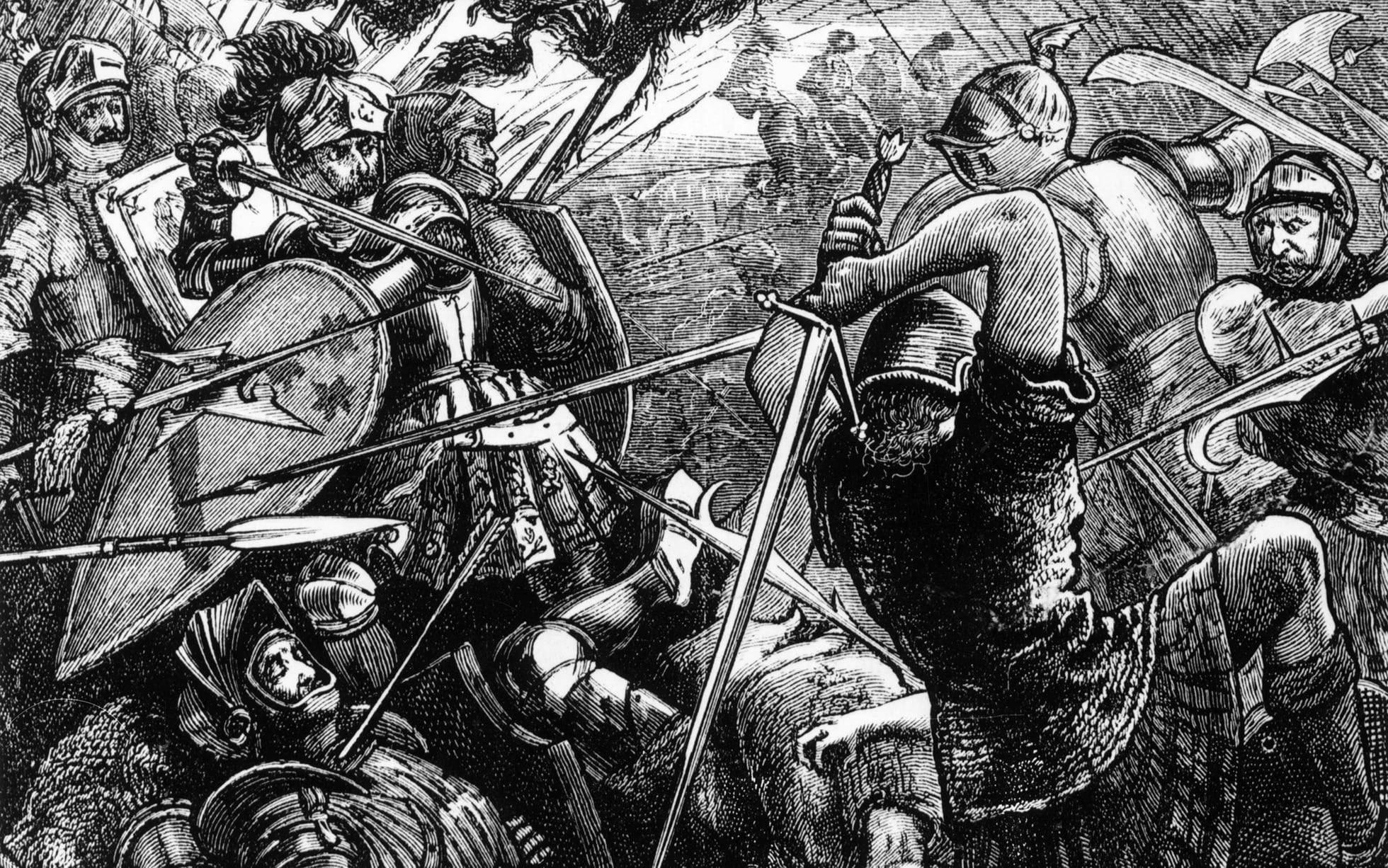 To understand the true cost of Flodden we must take a look back in time…Scotland was a loyal ally of France and, famously, both were rarely saw eye-to-eye with England. In a bid to distract the English army from their seemingly endless campaign against France in the South, the Scottish army crossed the Border into England to launch a distracting campaign to divide up the English forces from the North. 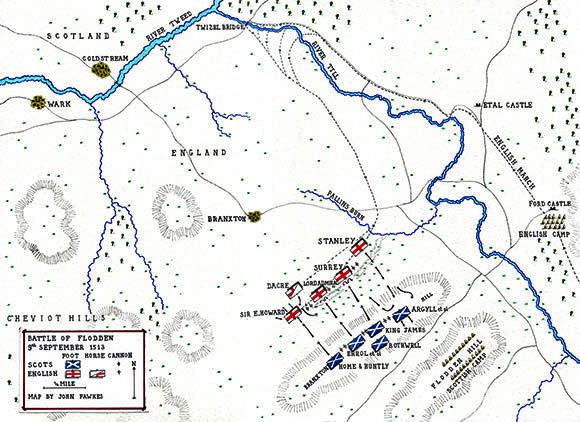 The Scots crossed the border, some accounts say, around 60,000 strong. From Edinburgh they travelled through the Scottish Borders, men joining as they marched to fight alongside their King, James IV. By the time the Scottish army reached England, a vast amount of its forces were Bordersmen. 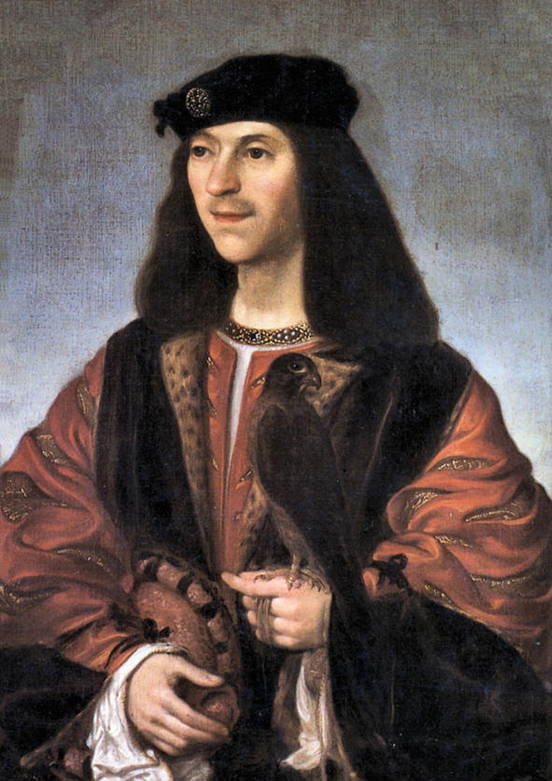 James IV had ruled Scotland from 1488 and was hailed as a peacekeeping king, who ruled throughout a time of growing prosperity throughout the country. Consequently, this prosperity allowed Scotland a strong and well-equipped military. He was devout in his commitment to support France, fellow Catholics…and also the husband of Henry VIII’s sister, Margaret Tudor – a tricky position to be in as a keeper of peace married to your enemy’s sister…who is also at war with your ally.
Still, he took up arms against the English and rode his army south in what appeared to be a successful endeavour – they look castles and forts on the Border and into Northumberland, they gained strategically what seemed to be the ideal ground a top Branxton Hill on Flodden Moor for pitched battle, perfect for the Scots continental weapon of choice – the 16 foot long pike…
The English forces, lead by Thomas Howard, Early of Surrey were, in appearances weak in comparison to the Scots mighty army – only 26,000 men challenged what was now 40,000 at Flodden Moor. James was confident, he rejected Howard’s plea for the Scots to move into a fairer position and so the Early of Surrey set to work on a plan to out manoeuvre them. The English force split into six and flanked around the Scots troops on top the high ground – they could no longer retreat north, there was no where to go and their pikes were as good as useless in this battle scenario.
By mid-afternoon on the 9th of September 1513, the battle commenced – the Scots trapped between the landscape which had turned on them and the English troops attacking from the North. The Scots faced heavy artillery fire, archers and foot-soldiers scaling the hill toward them. They went from a position of strength to being totally out-strategised, their position used against them. There was nowhere to run.
James IV fell at the Battle of Flodden, the last monarch on the British Isles to die in combat, along with 10,000 Scotsmen, a devastating loss still felt and commemorated particularly throughout the Scottish Borders to this day. Generations of brave Bordersmen were lost, the Scots feared an imminent invasion and Edinburgh got to work building defences, the Flodden Wall. 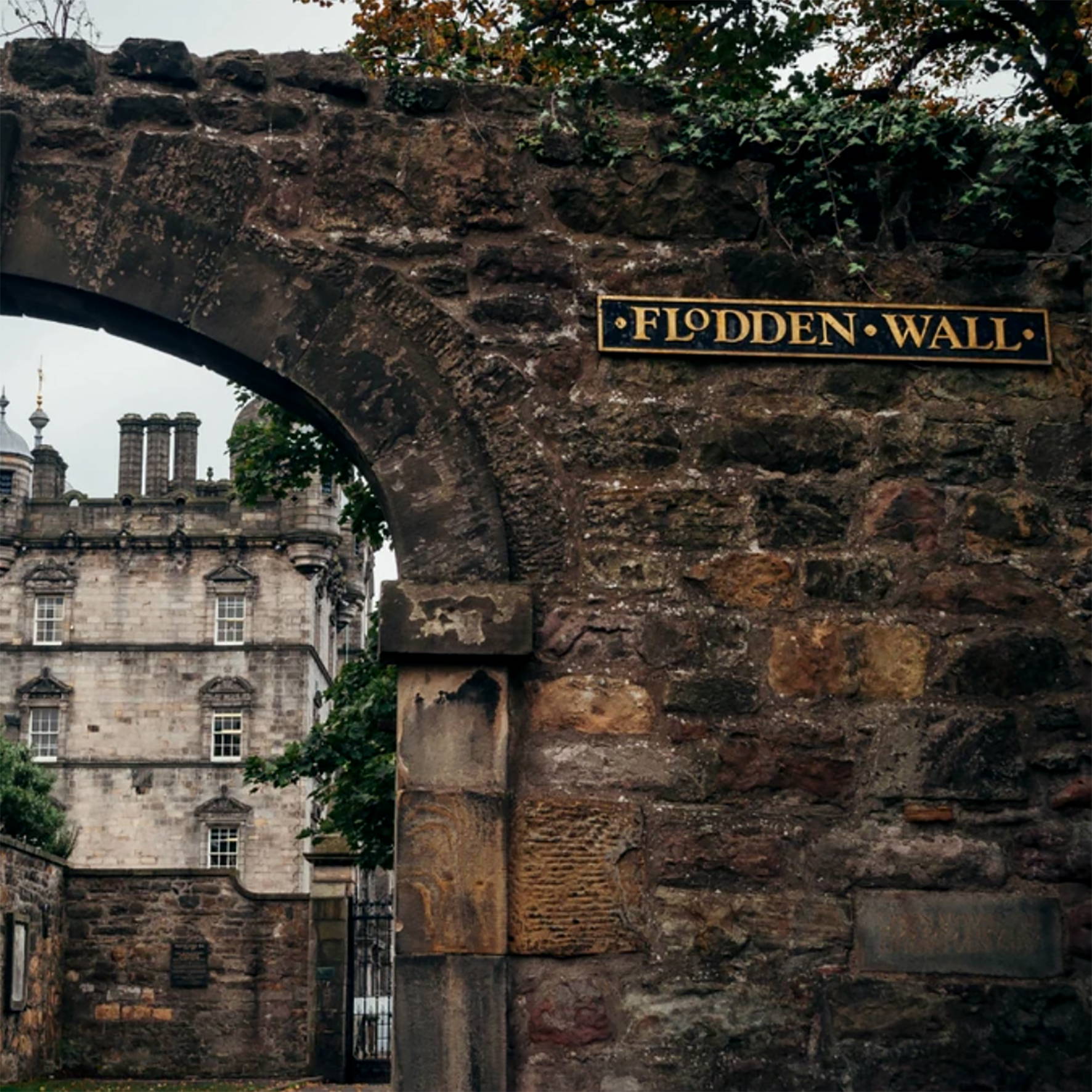 The wall was spared from invasion this time, but did see military action later in the 16th century. Today, parts of it still stand or have been incorporated into other structures. Gordon Nicolson Kiltmakers hire department sits where the wall once stood on what is now St. Mary’s Street.

Throughout the summer months, the Battle of Flodden is commemorated through a series of events throughout Edinburgh and the Scottish Borders – The Riding of the Marches for example is one such event. Horses and their riders travel from Edinburgh castle down through the Borders along the route the Scottish army, lead by their king, took before meeting with such great devastation it is still felt more than 500 years on. 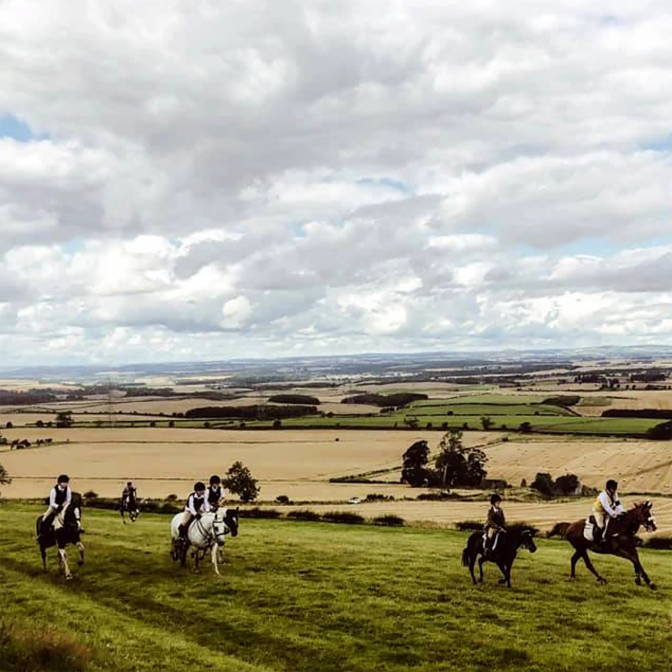 In 2013, to mark the 500th anniversary of the Battle of Flodden, Gordon Nicolson designed the Flodden Commemorative tartan and approached it with true understanding of the emotion felt towards it across the Borders. The colours of the tartan took inspiration from the Tudors, the Stuarts, the moor they fought on and those who fell. Poignantly, the tartan was woven at Lochcarron of Scotland in Selkirk, a town where the aftermath of the battle is deeply felt. 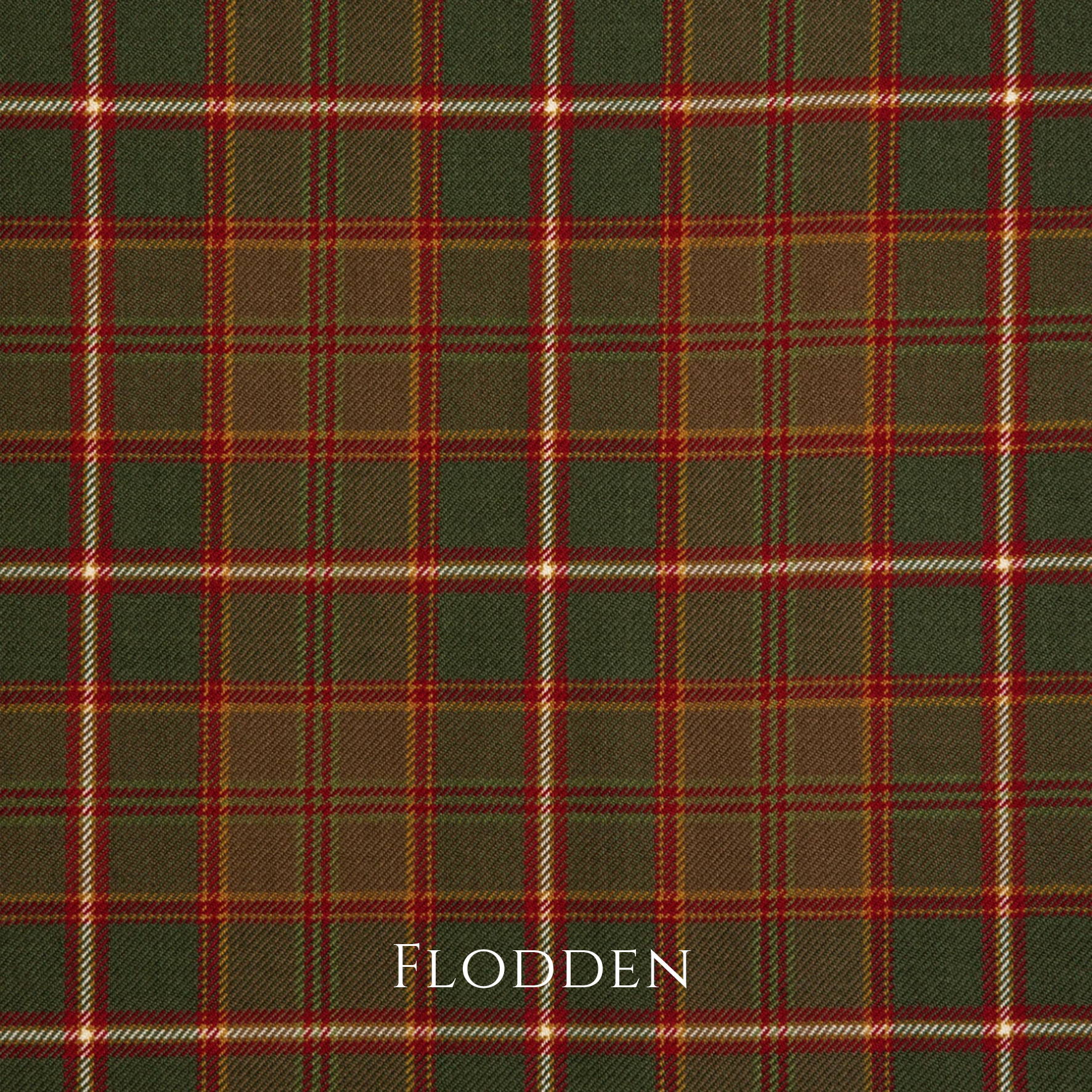 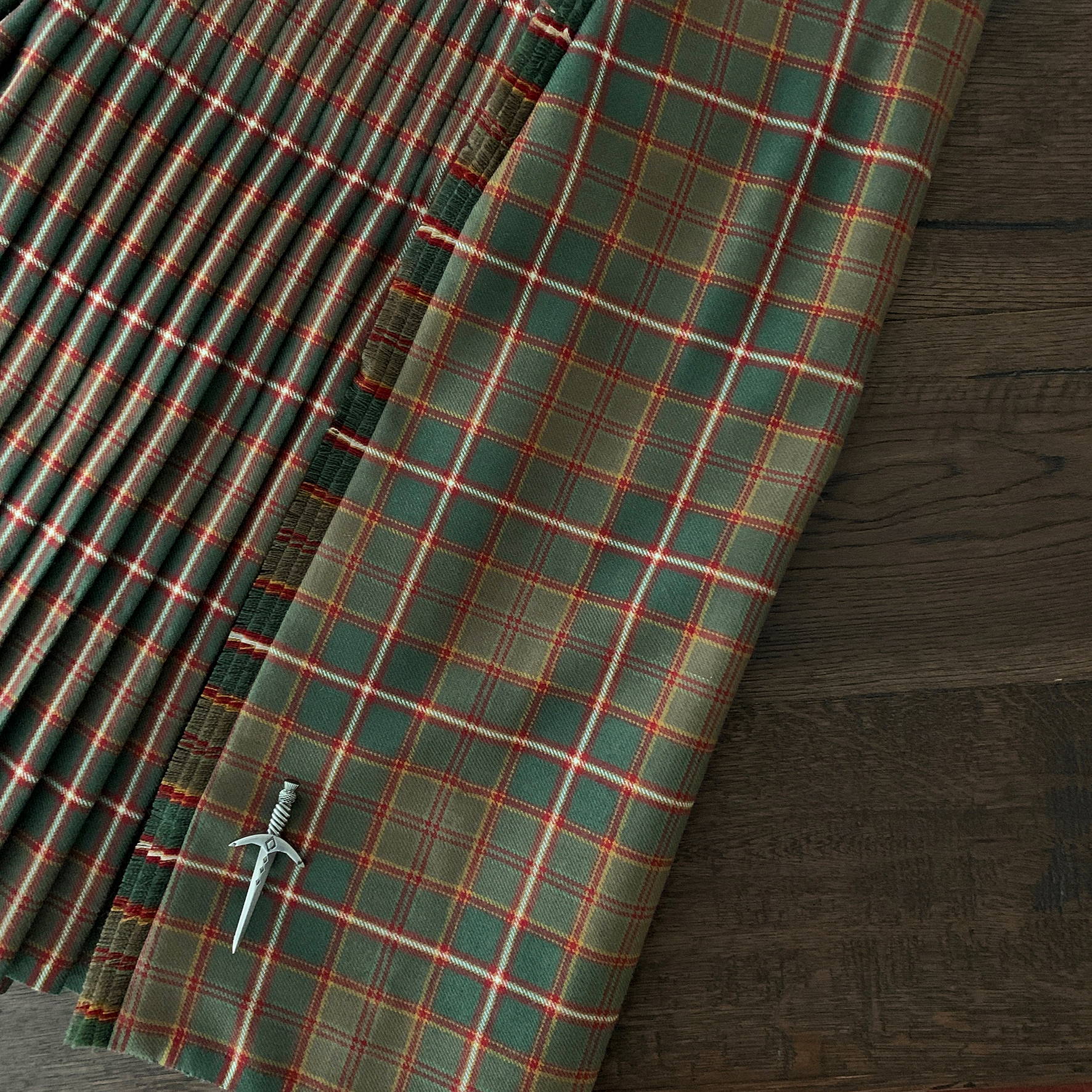 The tartan has been developed into not only exclusive hand tailored kilts and trews for GNK customers, but a range of accessories by LoullyMakes. Louise Nicolson of LoullyMakes hails from the Scottish Borders herself where this tartan resonates most deeply and so, the Flodden collection form a very special part of the LoullyMakes brand. 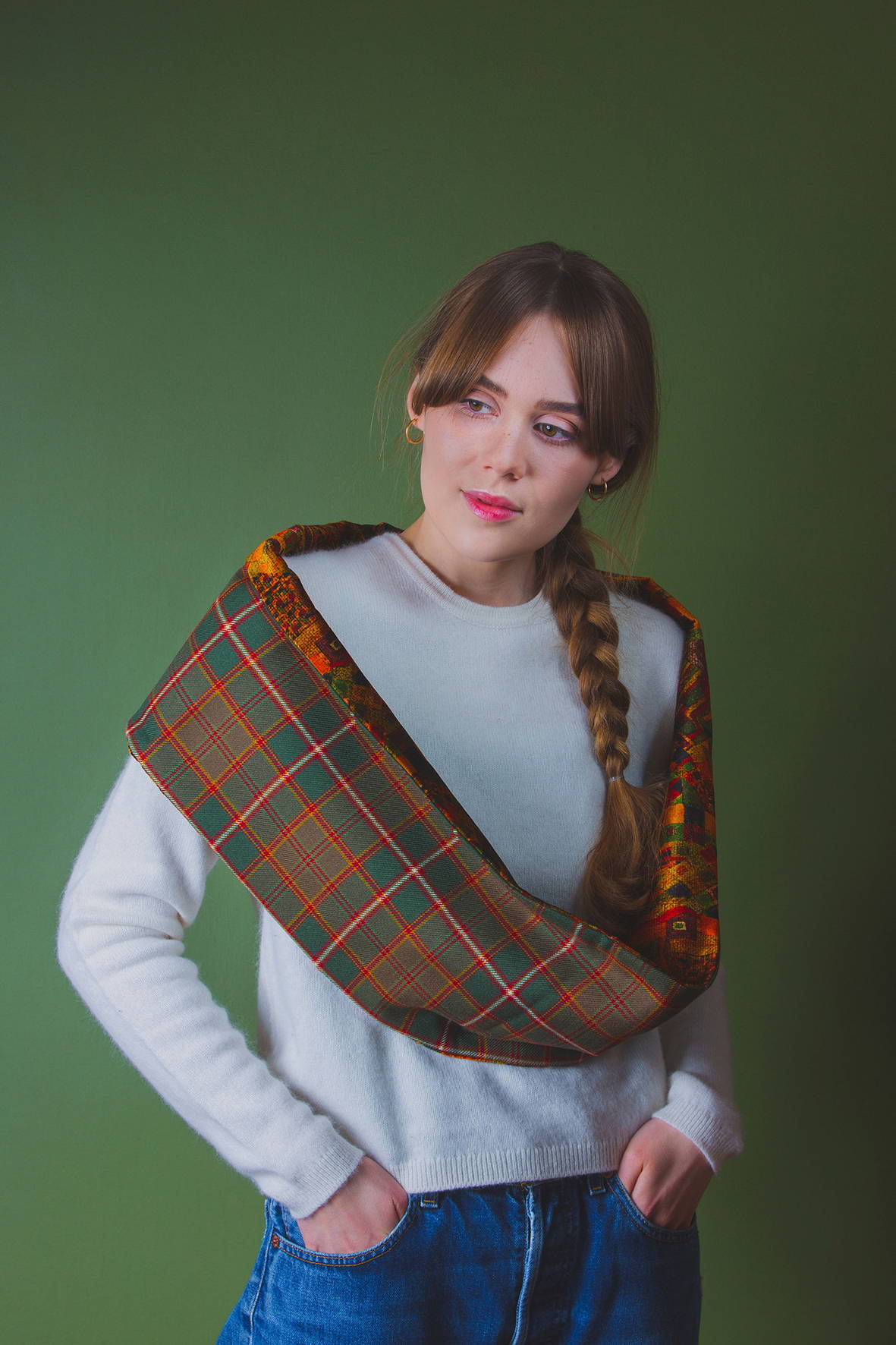 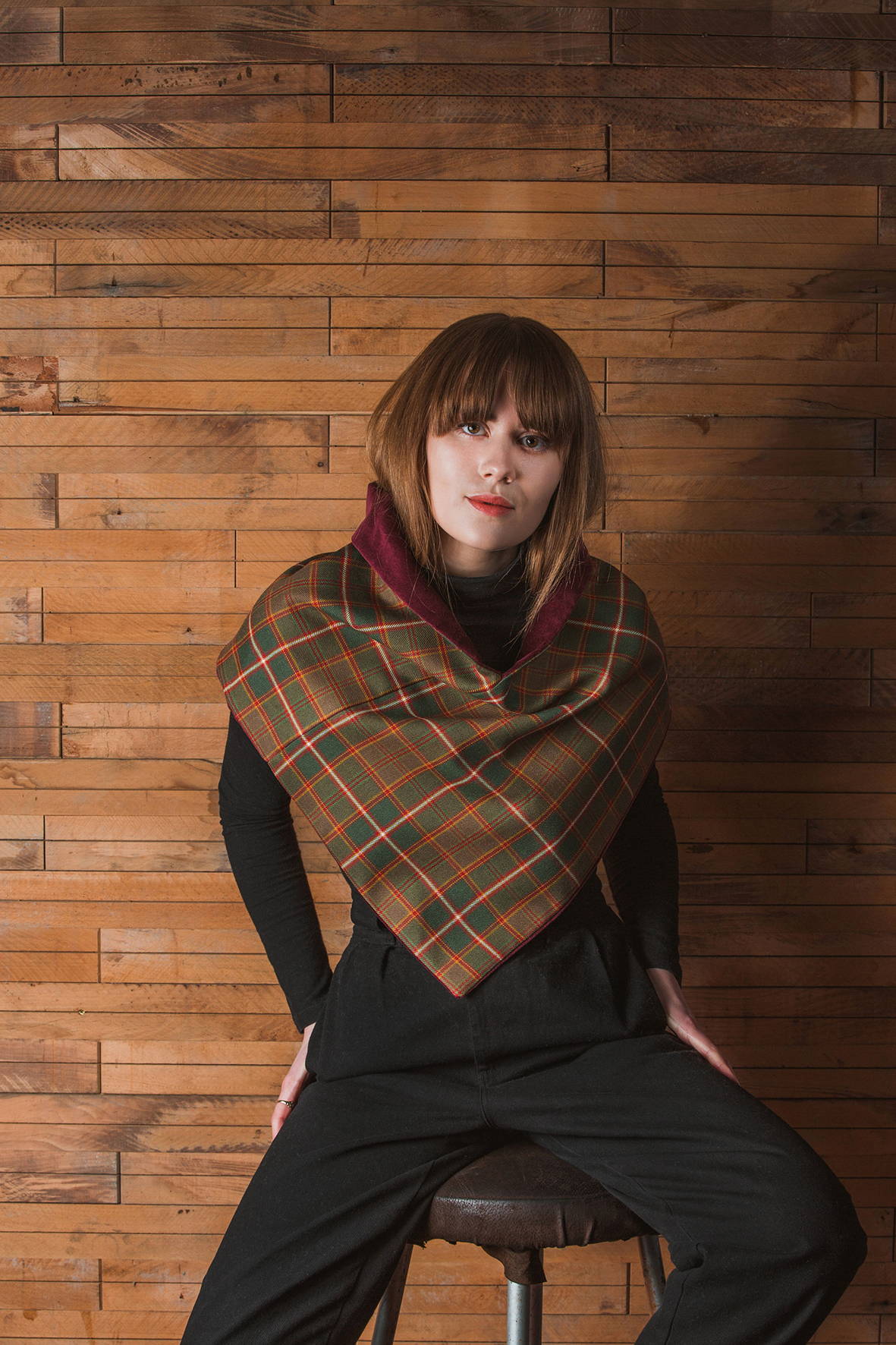